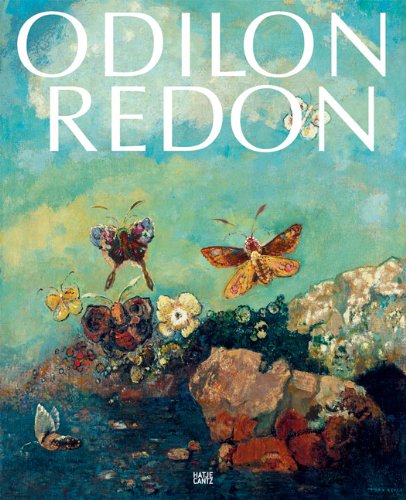 Odilon Redon's oeuvre marks the threshold between the nineteenth and the twentieth centuries, and thus also represents the interplay between tradition and innovation. Fractures and contrasts characterize his artistic development, from the black-and-white of his early, dark lithographs and works in charcoal to the veritable explosions of color in his bright pastels and oils. Bizarre monsters appear alongside heavenly creatures in a blend of dream and nightmare, nature and vision. Tending toward internalization, the mythic, sacred and biological motifs in Redon's works underwent a turn toward the mystical, not only on account of his subject matter, but also through the aesthetic aspects of color and form. Greatly admired by contemporaries such as Paul Cezanne and Edgar Degas, Redon influenced artists such as Pierre Bonnard, Henri Matisse and Marcel Duchamp, as well as the Surrealists. The artist's brilliant ideas and his contextually, technically and materially multifaceted body of work are presented in this catalogue.Born in France to a prosperous family, Odilon Redon (1840-1916) began drawing at an early age and moved to Paris after unsuccessful forays into architecture and sculpture. Redon began his career working primarily in charcoal and lithography, before transitioning to oils and pastels in the 1890s. With his keen interest in literature, Redon found champions and collaborators in Joris-Karl Huysmans, Emile Hennequin and, most significantly, the Symbolist poet Stephane Mallarme. Redon's work achieved international renown after being exhibited at the American Armory Show in 1913.